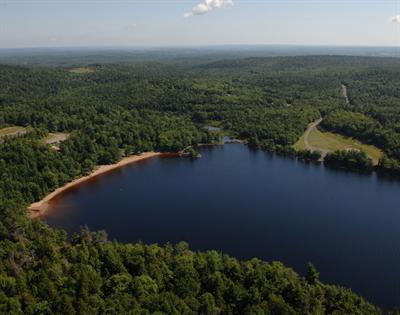 A popular camping and day-use park in close proximity to metro Halifax-Dartmouth which offers freshwater sand beaches on a large lake and opportunities for walking and boating.

111 campsite, open for camping from June to October

A relatively large and undisturbed landbase that is home to two bird species considered critically imperilled, three that are imperilled and twenty that are considered vulnerable to extirpation or extinction.  One fish species is also considered vulnerable to extirpation or extinction.  Property on western shore of Dollar Lake was recently acquired and now the entire lakeshore is provincially-owned.

Regionally significant educational opportunity with potential to interpret a variety of natural features including lake and forest and two distinct ecodistricts.  The park has been identified as a significant location for the delivery of aboriginal cultural interpretation programs.

Campers 7950; Day-use unknown but high due to fresh water beach

Scout Camp lease on parcel of land on the western border of the lake. 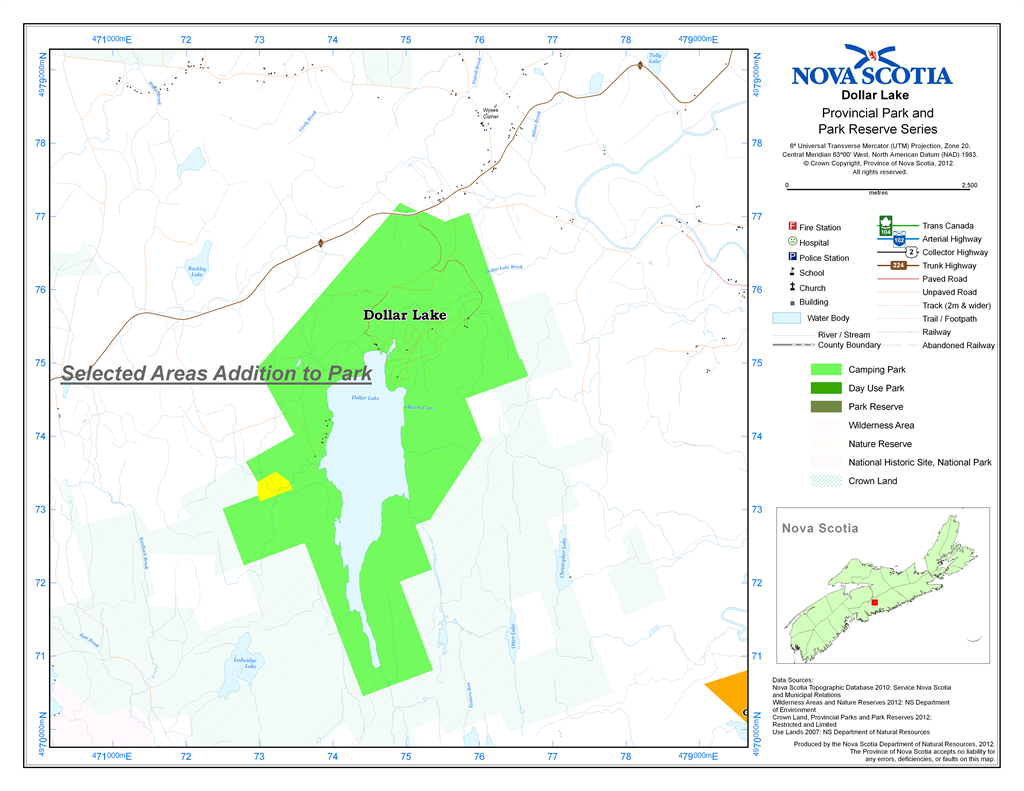